The big Hollywood star bus tours have closed, but the smaller ones keep on rolling 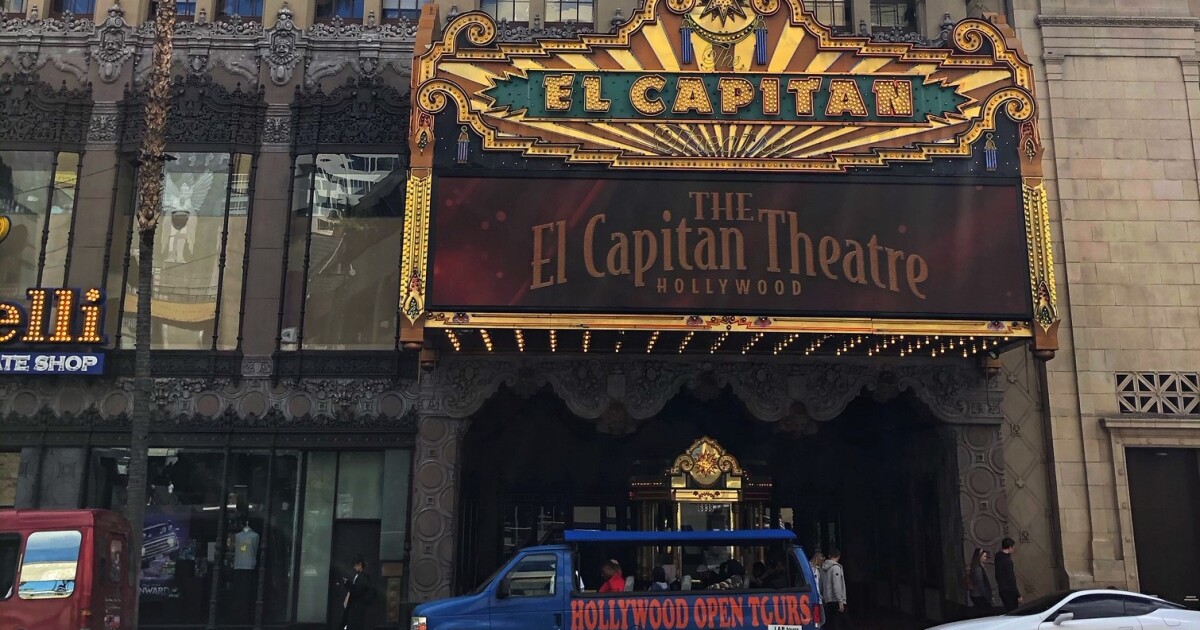 Three major Hollywood tour companies suspended operations this week as worries mount over coronavirus transmission. But many other tour vans are still cruising the boulevard, seeking and finding customers.

“To tell you the truth, I’m doing better than any other day, because there’s nothing else for anyone to do,” Shellee-Ann Kellee said Tuesday as she ushered half a dozen visitors into her red All Star Showbiz Tours van near the now-closed El Capitan Theatre.

But in the blocks surrounding the Hollywood & Highland mall and TCL Chinese Theatres (formerly Grauman’s), several vans were rolling on Tuesday.

Kellee called the closure of TMZ’s tours “a big opportunity” and said she had opened up her van’s windows to allow better air circulation. She didn’t think she was running afoul of any “social distancing” warnings from the governor or mayor, then added, “Now, don’t tell the mayor. Or he’ll do something.”

In front of El Capitan Theatre, an open-topped blue van marked Hollywood Open Tours idled with about 10 passengers. Across the street at the Chinese Theatre, a young bearded tourist put a playful headlock on a man in a Spider-Man suit while a man in a Mickey Mouse outfit snapped photos.

Within two blocks, vans from at least three companies waited for customers, a trickle of tourists browsed the stars on the Walk of Fame (some wearing masks) and a street-corner preacher hollered into a megaphone about immorality.

Most restaurants and bars on the boulevard were closed Tuesday, as was the Pantages Theatre, whose sign said, “We’ll be back!” Also closed: the Hollywood Wax Museum. The Museum of Death is closed too, but it shut down in early February. Leaders said it would relocate.)

The burger joint Tommy’s was open for take-out orders, as was the Ben & Jerry’s Ice Cream shop in the Hollywood & Highland mall. But not much else.

“Virtually everything else in Hollywood and entertainment is closed. We’re open,” said Jeff Napshin, owner of Star Track Tours, adding, “We’re trying to keep everything as clean as possible.” Because his company’s four vans have open windows, Napshin said, “It’s not an enclosed environment.”

To break even each day, he said Tuesday, “We need to do two tours. We’ve done one so far today…. The boulevard is a lot slower today than it was yesterday.”

Knowing that any business that shuts down completely “is going to be bleeding money,” Napshin said, he’s been paying close attention to the CDC’s warning against gatherings of 50 people or more, and the president’s call for no more than 10 people in a gathering.

“Our tours have a maximum of 13 people and most are between seven and 10,” Napshin said. Tuesday morning’s group, he added, was eight.

Source of this (above) article: https://www.latimes.com/travel/story/2020-03-18/la-tr-travel-hollywood-star-tours-continue-coronavirus