Global Entry interviews stop due to coronavirus, second time in a year for L.A. 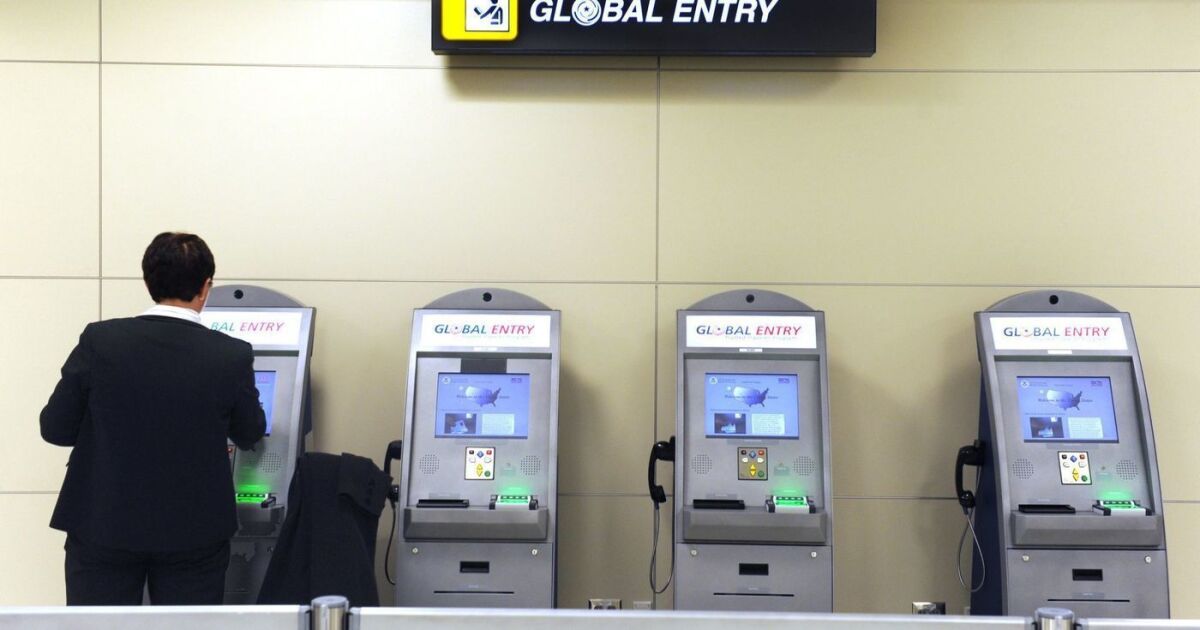 The offices that conduct interviews for Global Entry applications will shut down nationwide, this time because of coronavirus. It is the second time in a year that the L.A. office has closed.

The closure is to begin Thursday and will continue through May 1, U.S. Customs and Border protection said Wednesday in a statement.

Global Entry grants approved travelers expedited service through U.S. Customs and through airport security, a program known as PreCheck. All new applicants and some renewing applicants must complete an in-person interview as part of the process. The program costs $100 for five years. If an application is rejected, the applicant does not get a refund.

The interviews, done by CBP, stopped unexpectedly in June at the L.A. office near the airport because agents were sent to the border to assist with what CBP called a security and humanitarian crisis. Applicants around the L.A. area were forced to wait months for interview appointments at the smaller Long Beach office or seek an interview at one of the more remote locations, such as Otay Mesa near the border.

When agents began returning in late October, the L.A. office had to reintegrate agents to speed and wasn’t handling a full complement of interviews at first. Other offices, such as Long Beach, remained open.

That led to ongoing frustrations of applicants such as Joel Lupkin of Calabasas who sent in his renewal in February or March of 2019 and learned in May that he would need an interview, which he scheduled. That appointment was canceled because of the L.A. shutdown, and when he began trying to apply for another appointment, he could not get one until April in Long Beach.

His card was to have expired in October. Like others who were caught in the shutdown, he was granted a grace period, which CBP said would last one year.

He learned Wednesday that his April appointment has been canceled.

“After all I went through…this…was the icing on the cake,” he said in an email.

“This is turning into a major nightmare now. Good thing (I)have no plans to travel ill this virus eases up.”

The one avenue that remains for desperate travelers is Enrollment on Arrival, available to those who have been conditionally approved and are returning from abroad. The program is available at LAX, John Wayne and San Diego, among other California locations.

Because international travel has declined as airlines have cut schedules, that enrollment solution may not work for many people. Airline losses could reach as much as $113 billion because of cuts in service caused by the pandemic, the Times reported.

Source of this (above) article: https://www.latimes.com/travel/story/2020-03-18/interviews-global-entry-stop-coronavirus