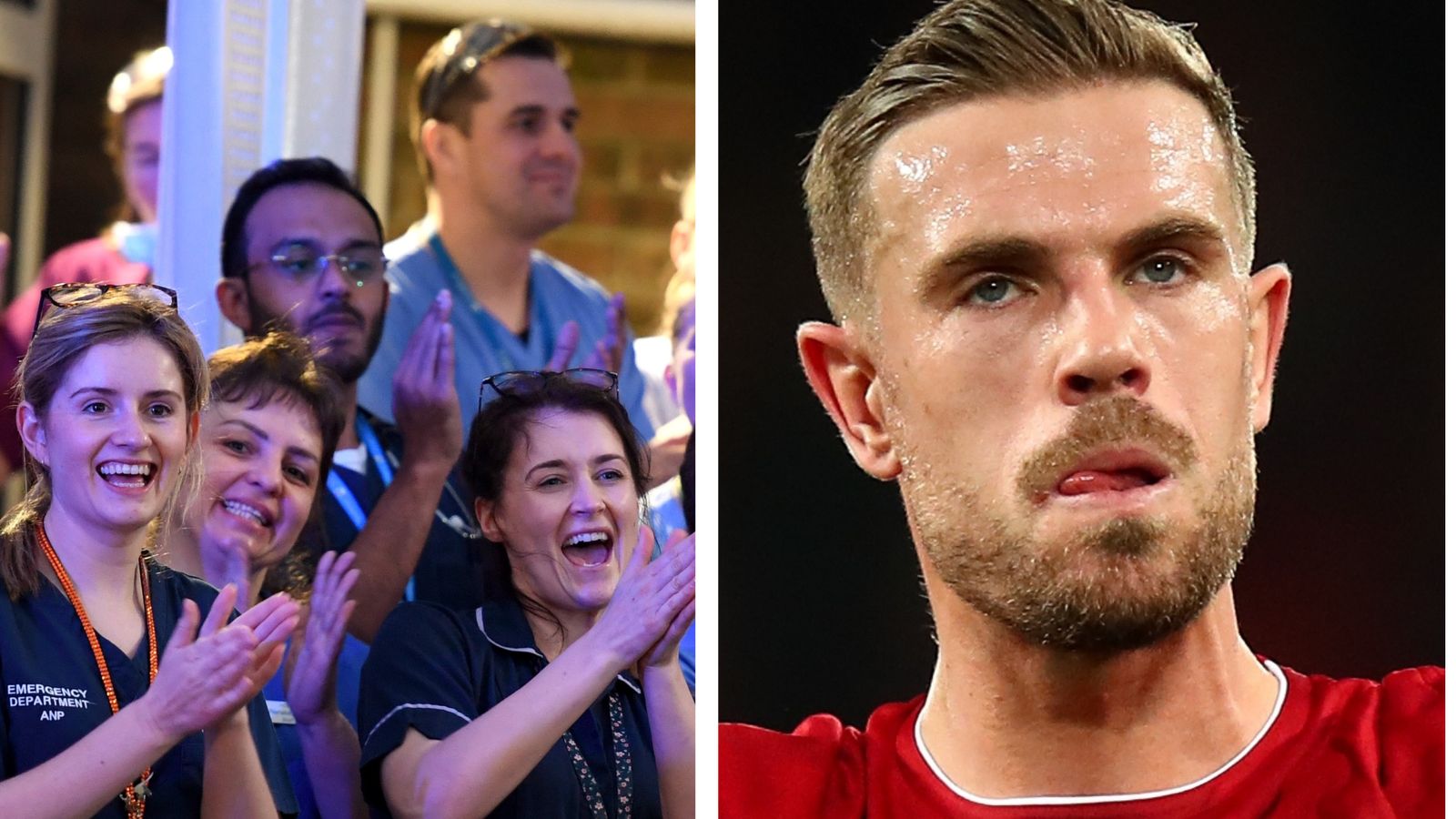 Where does the money go? Who will run the fund? How much will each player donate?

Premier League footballers have launched a fund for NHS charities called #PlayersTogether. But who is involved? How does the fund work?

The timeline: how did we get here?

Since the coronavirus pandemic shut down football, footballers’ pay has become a key area of interest in the political landscape.

The Premier League asked players to consider a temporary wage drop of 30 per cent but an agreement wasn’t reached with a PFA statement claiming the proposed 30 per cent wage cut could cost the Exchequer £200m and be “detrimental” to the NHS.

Players, led by Jordan Henderson, were very much on board with helping the country financially during this crisis but wanted to make sure their donations got to the right areas of need rather than helping balancing the books of the Premier League clubs.

Where does the money go?

The players have partnered with NHS Charities Together (NHSCT) in order to assist them in generating and distributing funds quickly and efficiently to where they are needed most.

The charity represent, champion and support the work of more than 140 member charities and give over £1m every day to the NHS enhancing patient experience and care.

In this current crisis they are supporting NHS staff and volunteers caring for COVID-19 patients.

Many players were already donating to NHS charities anonymously before this but will also support this fund.

Who will run the fund?

The fund will be administered by influential figureheads at various Premier League clubs. The Guardian have reported that these include Liverpool’s Jordan Henderson, Manchester United’s Harry Maguire, Watford’s Troy Deeney and West Ham’s Mark Noble.

Are all Premier League players involved?

It’s expected the majority of Premier League players will donate but a number of non-domestic players would like to donate to their countries of origin and birth. That’s not to say they won’t contribute but may split contributions.

The PFA are contributing an initial £1m and PFA chairman Gordon Taylor has pledged £500,000.

How much will be raised? Is there a target?

There is not any specific target as such. However, the ‘NHS Charities COVID-19 Urgent Appeal’ page which has been running for the last three weeks has surpassed £25m with a desired target of £100m.

How much will each player donate?

That is entirely up to the individual player.

There is no minimum or maximum contribution. Players can donate as many times as they wish.

The difference in salaries between many players at different clubs is vast so leaving the decision regarding level of donations has been left flexible depending on each player’s situation.

Each donation will also be made anonymously.

Will clubs still want players to take a pay cut?

The fund is separate from any talks on salary deferrals or reductions, which will be reviewed and discussed between players and clubs individually.

On Thursday, Southampton became the first Premier League team to announce an agreement with their players over wage deferrals during the coronavirus crisis.

Source of this (above) article: https://www.skysports.com/football/news/11095/11970941/premier-league-players-launch-charity-fund-for-nhs-the-key-questions-answered