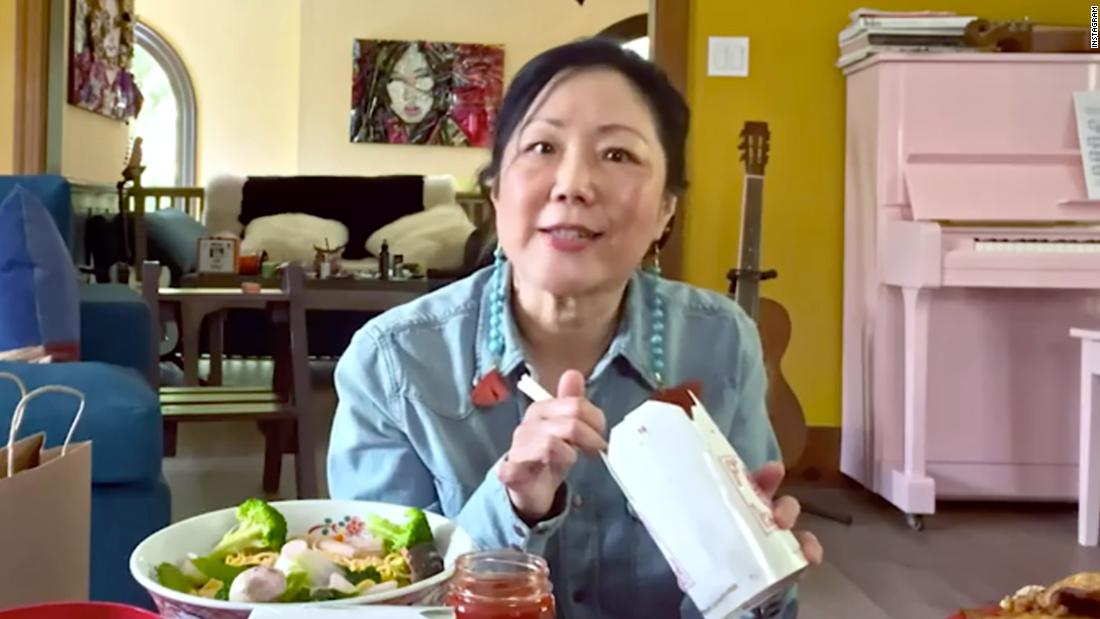 The campaign, launched by Asian seasonings and food company

on Thursday, calls on customers to share photos of their meals on social media using the hashtag #TakeOutHate as a show of support during the pandemic.

“Since the outbreak of Covid-19, Asian restaurants

have been closing at an alarming rate

,” Ajinomoto wrote on its site. “Hateful rhetoric and acts of discrimination, fueled by unfounded fear, is impacting Asian Americans and their businesses.”

of independent Chinese restaurants nationwide had ceased operations as of April 15 — far outpacing other cuisine categories at the time, according to data subscription

service Womply. That alarming closure rate dropped to 26% as of May 16, according to Womply’s latest data.

Ajinomoto partnered with a handful of Asian-American celebrities, including

“Can’t believe I have to say this, but Covid is not sushi’s fault,” Frum says in a promotional video on the campaign’s site.

The video takes a humorous tone at times, but it underscores the current plight of Asian restaurants — hit not only by the same challenges many businesses overall are facing, but also by some Americans blaming Asians for the spread of Covid-19 because it originated in China.

Cho was compelled to join the #TakeOutHate campaign after seeing reports of anti-Asian hate crimes make headlines in recent weeks, she told CNN Business in an email.

“I am alarmed about the surge of racist attacks against Asian Americans and this was a great way to talk about the issue,” Cho wrote. “All of my work has been about this kind of activism and the rise in violence made it feel incredibly urgent.”

On Tuesday, the Anti-Defamation League reported a

in xenophobic and racist incidents targeting Asian Americans amid the pandemic, citing a series of local news reports.

In one example, the owner of a restaurant in Chesapeake, Virginia, said someone wrote “Go back to China” on her car and and that she was doused with water inside her own shop, she told

” on the vestibule outside Korean restaurant Jeju Noodle Bar, according to

. The shutdown of Asian restaurants in the state contributed to a

in unemployment claims by Asian New Yorkers during the month of April when compared to the same month in 2019.

Former “Top Chef” judge Simmons, a Jewish Canadian who has spent time in east Asian countries while filming the show in previous years, said she fears the US may lose a lot of the cuisine diversity that many Americans cherish if things don’t change.

“[Asian restaurants] face challenges on top of what every restaurant is facing that are completely being caused out of misinformation and anger and fear,” Simmons told CNN Business. “Those are totally different things than what the restaurant industry is facing already.”

Their plight will take more than government aid funds to fix, she added: “The issue of discrimination against Asian restaurants is not something that can be solved by a stimulus package.”

Source of this (above) article: https://www.cnn.com/2020/05/22/business/asian-restaurants-takeouthate/index.html