SEC will allow athletes back to campus in June 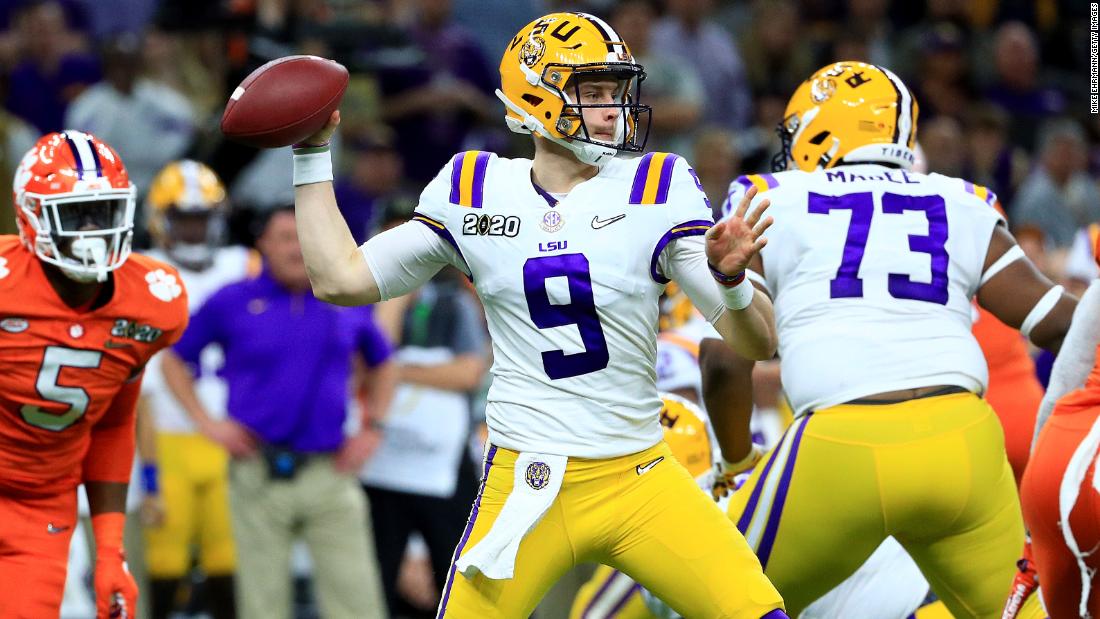 Players in all sports can return, the 14-member SEC said, after earlier saying athletes in two major revenue sports, football and men’s and women’s basketball, could come back.

It follows an NCAA announcement that allows student-athletes to use school facilities for player-organized activities beginning June 1.

“Based on this decision today by the NCAA and today’s earlier announcement by the @SEC, voluntary in-person activities may resume on SEC campuses, at the discretion of each university, beginning June 8 for ALL sports,” the SEC, which has schools in 11 states, tweeted.

Earlier SEC Commissioner Greg Sankey, in a news release announcing the football and basketball stipulation, said: “At this time, we are preparing to begin the fall sports season as currently scheduled, and this limited resumption of voluntary athletic activities on June 8 is an important initial step in that process,” he said.

Sankey told CNN’s Brianna Keilar that right now, with the football season not scheduled to start until late August, time is an asset.

“We want to use that wisely. Every day a little bit of that asset slips away,” he said, before the NCAA announcement. “And our hope is we could return to this activity in a healthy way.”

Pac-12 Commissioner Larry Scott said his conference is making similar evaluations with medical advisers. He said there are three states in the Pac-12 that have allowed gyms to open.

But he feels athletes would be in a safer and healthier environment if they had access to facilities and supervision on campus. Right now, the Pac-12 is not allowing anyone to work out at schools, with the order ending May 31.

Both commissioners referred to their conference’s actions as small steps.

The SEC guidance says teams will be allowed to participate under strict supervision in voluntary activities as they prepare to adapt to full training activity needed for their fall sport seasons.

“The safe and healthy return of our student-athletes, coaches, administrators and our greater university communities have been and will continue to serve as our guiding principle as we navigate this complex and constantly evolving situation,” Sankey said in the news release.

The NCAA said its Division I Council decided this week that all athletes can take part in voluntary activities beginning June 1.

“The return of voluntary activity … shows sensitivity to local, state and regional differences in how Division I campuses are reopening,” said council Chair M. Grace Calhoun, who is also the athletics director at the University of Pennsylvania.

Organized practices and other required physical activities remain prohibited by the NCAA until July 31.

Scott told CNN that if there is progress in the coronavirus numbers, football practice might be able to start in late July. Some teams will play in empty stadiums and some might not, he said.

“Early steps are to safely get student-athletes back to campus, to start the competition, and I think it is going to be some time until we see full stadia and arenas again,” Scott said.

Source of this (above) article: https://www.cnn.com/2020/05/22/us/sec-athletes-campus-fall-sports-spt/index.html