Patrick Grant: ‘If you own a business you have to be an optimist’ 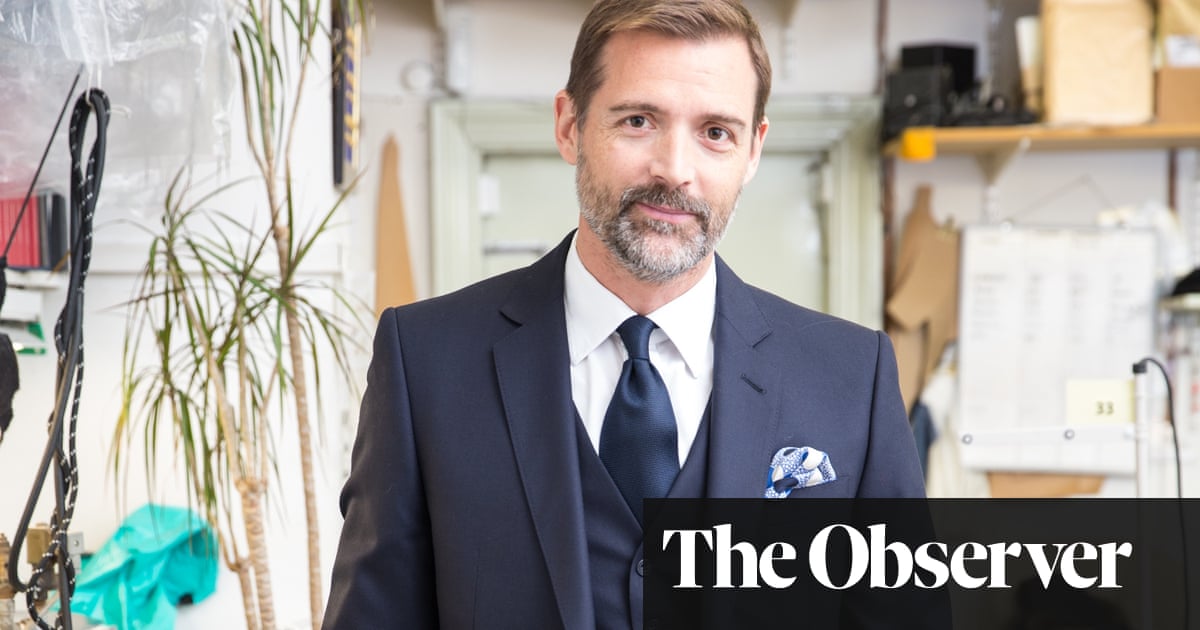 My earliest memory is giving myself a haircut before my first day of school. I was so fastidious about how I looked. There’s a photo of me in my blazer beaming. My tie’s perfect and right in the V of my jumper. But the hair looks like Worzel Gummidge’s because I’ve just cut it in the bathroom mirror.

I’ve always been really interested in clothes. I don’t remember ever not being completely aware of what I was wearing and wanting to be correctly put together.

My childhood was very jolly. I grew up in a green, hilly part of Edinburgh. I did lots of sport, had a great time at school and had good friends. In the holidays, we’d leave at eight in the morning on our bikes and wouldn’t come home until six at night. We disappeared all day, like the Famous Five, built dens, dammed rivers.

I like wild camping and walking in the middle of nowhere. Big skies, open spaces… I’m a very sociable person, but my godmother did a family tree and a few generations back, my dad’s family were hill farmers. I thought: “I must have it in the genes.”

My worst habit is working all the time. I never stop: it’s a mania. Some people start businesses because they love what they’re doing and some start businesses to make money. I’m in the former camp. I work at least 60 to 70 hours a week. I managed a 110-hour week during filming for Sewing Bee.

I’m not afraid of failure. Doing a lot of sport as a kid taught me you can perform out of your skin and still lose. That’s fine. Next week, you start again. I’m not afraid of changing direction. I did engineering and material science at university. When I bought Norton & Sons, I mortgaged my house, I sold my car, I pretty much sold everything. All my MBA classmates were off to work in hedge funds and earn a squillion pounds – and I bought an old tailors. Mum was horrified.

I’m an optimist. I don’t think you can start your own business if you’re not. You have to assume everything is going to go well. I’m a positive person. I don’t ever really feel anxious.

I don’t fear getting old, but I’m slightly annoyed my knees are creakier than they used to be. I played touch rugby at my old boys’ reunion. I got a few tries, but couldn’t walk for about three weeks. I wish I had the knees and hamstrings of a 25-year-old. I was in the under-18 and under-19 Scotland rugby squad. Gregor Townsend and I kept the bench warm together. He ended up getting over 80 caps. I didn’t. But I scored a try.

My greatest achievement? I don’t think I’ve done it yet. I’ve scored a try for Scotland, I’ve won menswear designer of the year, I was made an honorary professor… all of which I’m delighted by. But if I can make Community Clothing work [affordable quality clothes made in the UK], I’ll feel I’ve had a good innings.

Source of this (above) article: https://www.theguardian.com/lifeandstyle/2020/may/23/patrick-grant-designer-if-you-own-your-own-business-you-have-to-be-an-optimist