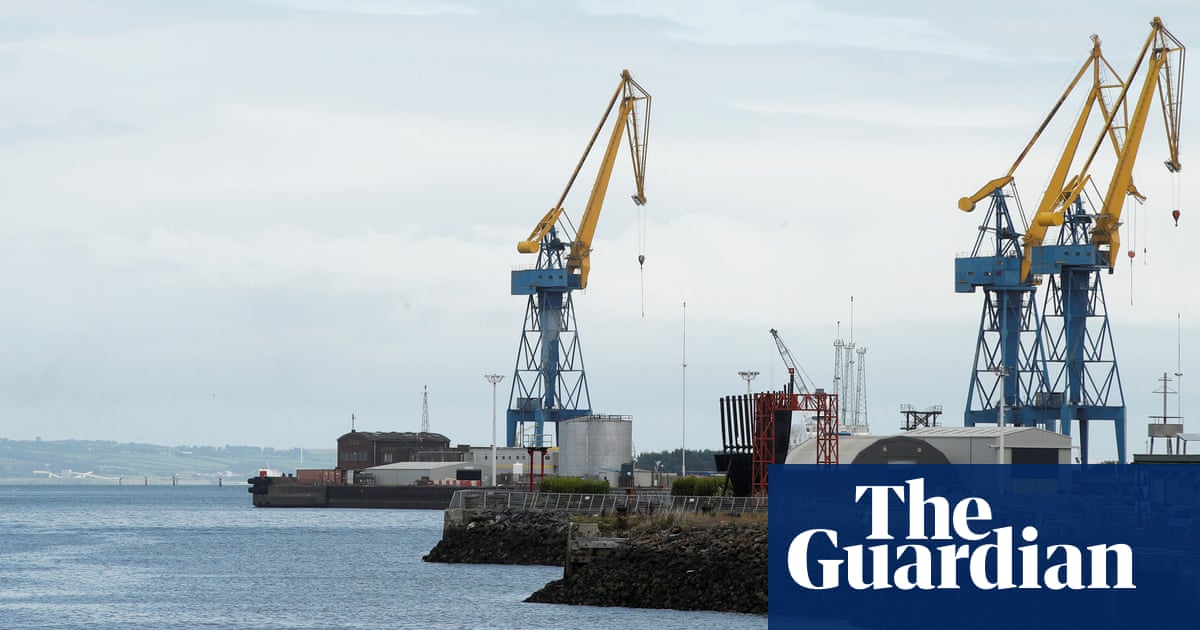 A new Brexit border in the Irish Sea will not be ready by Boris Johnson’s end-of-year deadline, according to a new analysis that warns more than 60 administrations, government departments and public bodies will be involved in overseeing the new system.

Ministers finally admitted last week that there would be some checks on certain goods entering Northern Ireland from the rest of the UK from next January, when the Brexit transition period comes to an end.

Johnson and others have also refused to consider extending the transition period, despite having no agreement between the EU and Britain over the practical treatment of Northern Ireland and little prospect of a trade deal being in place by the start of 2021.

However, in its most forthright intervention to date, the influential thinktank Institute for Government (IfG) said the transition period must be extended or a longer implementation period agreed for the new border arrangements in the Irish Sea. It warns that many businesses are simply focused on “staying afloat” during the coronavirus crisis and cannot be expected to concentrate on new trade arrangements – and suggests the government is underestimating the complexity of the new Northern Ireland arrangements.

“The UK and the EU should extend the transition period or agree to a separate longer implementation period for the withdrawal agreement,” the institute warns in a new report. “The timetable for putting arrangements in place for the Irish Sea border was very tight even before Covid-19 hit Europe. But now coronavirus has slowed the pace of negotiations on the future relationship, delaying key decisions.

“Key businesses such as freight transport associations and trading associations are focused on maintaining supply chains rather than getting ready for new border arrangements, and many businesses are focusing on staying afloat, not complying with new regulatory requirements. Against the background of a global pandemic, it is very difficult to see how preparations to implement the protocol can be completed before the end of the year – given the scale of both the decisions and practical work still required.”

New arrangements dealing with goods flowing from Great Britain to Northern Ireland are needed as part of the so-called Northern Ireland protocol, hammered out by Johnson and the EU in January to avoid a hard border on the island of Ireland. A failure to implement it by the end of December would instead lead to the implementation of a very hard border in the Irish Sea.

The IfG’s stark warning comes after Michael Gove, the cabinet office minister, said last week that checks on goods heading from great Britain to Northern Ireland would be needed to maintain “disease-free status” on the island of Ireland, with border inspection posts for agrifood. It contradicted Johnson’s repeated vow that there would be no checks.

The IfG, however, suggests that more sweeping changes will be needed than those admitted by Gove. “The protocol creates a customs and regulatory border in the Irish Sea, which the UK will be legally obliged to administer under supervision from EU institutions,” it states. “Northern Ireland will remain part of the UK customs territory but will be required to align with EU rules on customs and regulations.

“The UK government must recognise the scale of the implementation task and make it a government priority even in these difficult times. The UK needs to scale up existing systems for customs administration, design and implement new systems for tariff administration and compensation and develop new capacity for regulatory checks.

“With UK ministers only recently publicly stating what additional processes may be needed, progress so far has been slow. With 64 departments, public bodies and agencies across the UK with scope for involvement in the implementation of the protocol, clarity on what is required is key.”

Its analysis also warns that the protocol arrangements will be voted on by the Northern Ireland assembly every four to eight years, making it a “potentially destabilising issue” for years to come.

Source of this (above) article: https://www.theguardian.com/politics/2020/may/23/johnsons-promised-brexit-border-in-irish-sea-will-not-be-ready-in-time