Cocktail recipes to get your summer party started 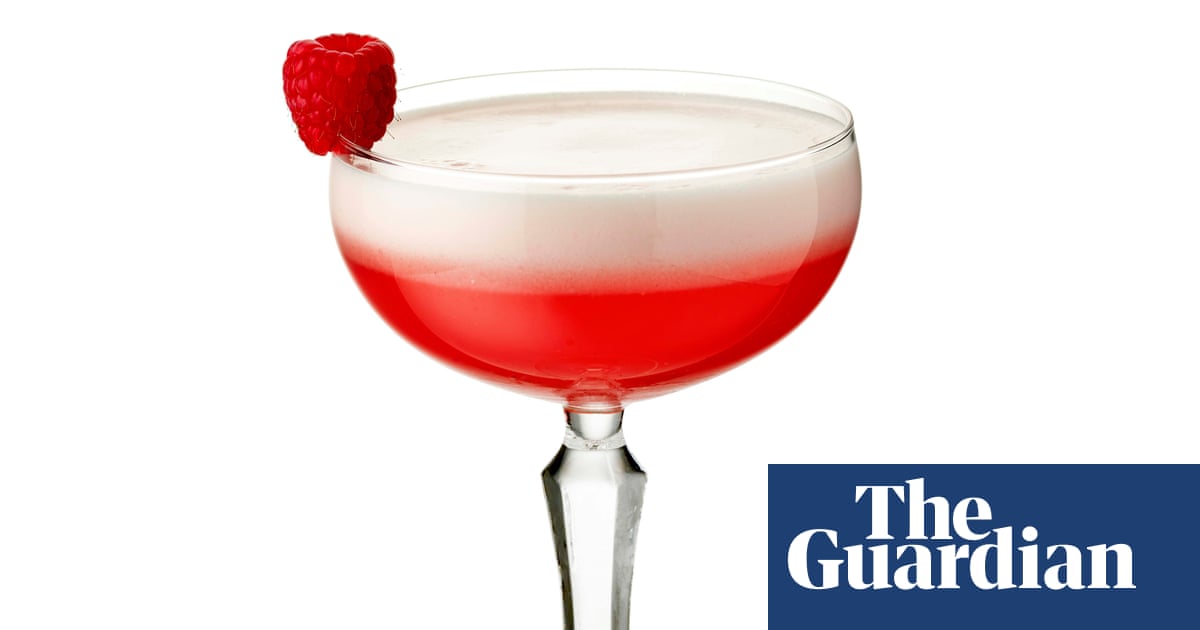 The Clover Club (pictured above)

The Clover Club is a vintage cocktail that is not as well known as it should be – perhaps because no two recipes are precisely the same. I have always preferred the version listed in Cocktails: How to Mix Them, by Robert Vermeire (1922), which is a gin sour taken to filigree heights with the addition of raspberry syrup, dry vermouth and egg white.

The original recipe calls for raspberry syrup, but assuming actual raspberries are available, you can simply lob two or three raspberries into the shaker with a basic sugar syrup. The vermouth is optional, but it does lend a heaven-scented herbal note to the cocktail. And the aquafaba (the water from a tin of chickpeas) functions as a waste-not-want-not vegan alternative to egg white that works just as well to create the delectable raspberry foam that sits on top of the drink.

To make the golden sugar syrup for this and other recipes, pour two cups of golden caster sugar and one cup of hot water into a saucepan and stir over a gentle heat, until fully dissolved. Leave to cool, then decant. It will store in the fridge for at least a month and can be used widely in cocktails and mixed drinks.

Freeze a cocktail coupe before you begin. Put all the ingredients in a cocktail shaker and fill halfway with ice. Shake hard until your fingers go numb. Strain into a spare vessel through a tea-strainer or sieve, to catch the raspberry seeds and ice shards, empty the shaker of gunk, then return the mix to the shaker and shake again for a few seconds – this second shake provides maximum froth. Pour into the frozen coupe and garnish with a fresh raspberry.

Iced tea is a lovely thing to have in the fridge on a warm day – a cold drink that is refreshing but not (necessarily) sweet. If you make it cold brew-style, it’s sweeter, subtler and more stable than the basic method of letting hot tea go cold. Simply leave two or three tablespoons of loose-leaf tea to infuse in one litre of water in a fridge for about 12 hours. Darjeeling is good, as are earl grey and jasmine, and if you want to add aroma and intrigue, throw in citrus peel and spices such as cinnamon, cloves, allspice, cardamom and coriander seed.

It makes a fine base for a traditional, Caribbean-style rum punch. A true punch requires five elements – sour, sweet, alcohol, dilution and spice – in perfect balance. There is an old rhyme that helps with that: “One of sour, two of sweet, three of strong, four of weak.” Here, those roles are played by lime, sugar syrup, rum and tea, respectively. Do note that you need less sourness than sweetness – the reverse is true in most cocktails – and the citrus is there to round out the edges of the punch, rather than to make it tart.

You can temper this with dashes of liqueur and fresh passionfruit, and experiment with different teas and sweeteners and so on, but the classic way is simply to add more rum.

Build this drink in a tall glass filled to the top with ice. Add each element in the order above and stir. Taste for balance, and adjust as necessary. Garnish with fresh mint and lime, and grate a little nutmeg over the top.

Sherry is a versatile and blessedly cheap cocktail ingredient. The bone-dry fino style is strong in flavour, but not in alcohol content, so it makes a hangover-friendly substitute for gin in many recipes. Fino and tonic is never a bad idea, while a fino Clover Club, for example, is raspberry trifle in a glass. Medium styles can be used a little like vermouth, too, adding depth and sweetness: try two parts gin to one part amontillado or oloroso with a dash of bitters for a rich, brooding martini.

Here, fino combines with elderflower and herbs for an easy-sipping aperitif. It’s loosely inspired by a recipe listed in The Art of the Shim, Dinah Saunders’ 2013 book of low-alcohol cocktails, which combines sherry, elderflower liqueur and green chartreuse. I’ve approximated the shimmering, emerald greenness of the latter with fresh herbs, foraged from a neighbour’s front garden, and subbed in elderflower cordial (cheap) for elderflower liqueur (expensive).

Stir the fino and cordial in a wine glass with plenty of ice. Gently slap the fresh herbs to release their aromas, then add to the glass, along with a nice fat wedge of grapefruit. Top with sparkling water to taste – about 100ml should do it.

My son became addicted to this classic Mexican cinnamon shake when we lived in California and, being lactose-intolerant, I was elated to learn that it’s non-dairy, too. Horchata is, in fact, the generic Spanish term for plant milks, which are drunk all over the Spanish-speaking world and west Africa, and variously made with tiger nuts, rice milk and melon seeds. It’s a nicer word than “mylk”, no?

You can use any decent commercial non-dairy milk for this, but I like it with homemade almond milk. Leave one cup of almonds to soak in three cups of cold water for six hours, whizz up in a food processor and strain through a muslin cloth. (If you toast half the almonds beforehand, you end up with multiple layers of deliciousness.)

Cinnamon should be the dominant note in the classic, taqueria-style horchata. Annoyingly, the powdered stuff doesn’t dissolve properly, so the best way is to make a sugar syrup, as in the Clover Club above, and infuse it with cinnamon. Boil one cup of water with a cinnamon stick in it, pour in two cups of golden caster sugar, remove from the heat and stir until fully dissolved. Cover as it cools and infuses, then decant. And if you want to make hard horchata, a shot of tequila, (Spanish?) brandy, bourbon or rum will do nicely.

Build in a tall glass filled with ice cubes and stir well (ie up and down, as well as round and round). Garnish with cinnamon and serve with a straw.

Source of this (above) article: https://www.theguardian.com/food/2020/may/23/cocktail-recipes-clover-club-horchata-punch-sherry-richard-godwin